The Importance of Horseshoe Crabs for Migratory Birds

Join us May 29 at 3pm Eastern to learn more about what we can do to help save Red Knots and horseshoe crabs. 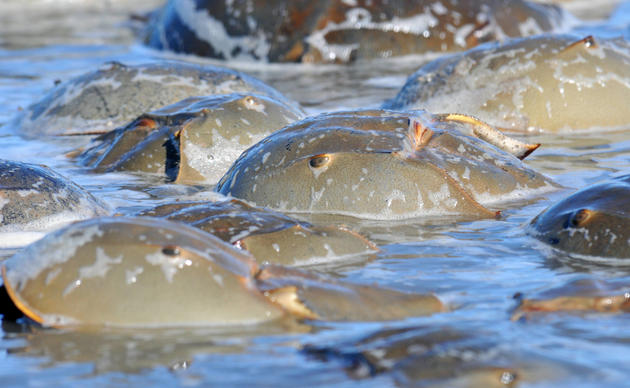 One of the ten focal species for the Delaware River Watershed Program, the Atlantic Coast Red Knot (Calidris canutus rufa), relies heavily on critical stopover habitat found along the Delaware Bay. Each year, Red Knots arrive during spring migration to replenish their energy reserves as they make the incredible journey from southern Argentina to their breeding grounds in the Canadian Arctic. These medium-sized shorebirds concentrate in large numbers at Delaware River Watershed stopover sites, relying on the abundance of horseshoe crab eggs to refuel along their 9,000-mile migration. Overharvesting of horseshoe crabs, though, has led to a drastic decline in the availability of eggs for consumption by Red Knots and other shorebirds. As a result, Red Knots are now listed as threatened under the federal Endangered Species Act and have been placed on New Jersey’s endangered species list.

Horseshoe crabs, an ancient species, estimated to be 450 million years old, are a familiar sight for those that frequent beaches in Delaware and New Jersey, as their habitat runs along the Atlantic Coast of the United States. Horseshoe crab eggs are vital to the survival of shorebirds like the Red Knot, as well as fish and other marine organisms. In late spring each year, thousands of horseshoe crabs lay their eggs on Atlantic Coast beaches. At the same time, Red Knots arrive on these beaches to replenish their energy for the next leg of migration, as they travel north toward their Arctic breeding grounds. Their migrations are timed to coincide with the abundance of horseshoe crab eggs on beaches. Without this food, these shorebirds may not make the migration to the Arctic breeding grounds, may arrive late, or may arrive in a condition too poor to breed successfully. Considering this dependence, conservation efforts for Red Knots and other shorebirds have focused on restoring populations of horseshoe crabs in the Atlantic.

Along the Atlantic Coast, and across the Delaware River Watershed, Audubon and partners have been involved in efforts to protect horseshoe crabs, calling for a more sustainable harvest, working with local governments and the Atlantic States Marine Fisheries Commissions, and calling for action from biomedical companies to commit to using synthetic lysate to eliminate the harvest and bleeding of horseshoe crabs. In addition, volunteers have been trained to monitor crabs and flip over any upside-down crabs to save their lives. A number of groups along the Atlantic, including the Delaware Audubon Society, have come together as part of the Horseshoe Crab Recovery Coalition, to raise awareness, push for these actions, and focus on ensuring the future of the American horseshoe crab. In turn, these efforts are helping to conserve Red Knots and other shorebirds.

Read more about Red Knots and horseshoe crabs here and learn about Audubon's 2021 combined response to the USFWS draft recovery plan for the species.

Brewers for the Delaware River

Brewers depend on clean, reliable water to survive and thrive, just like birds. 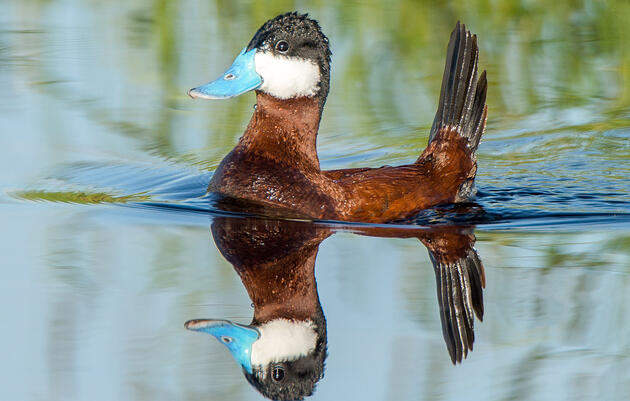 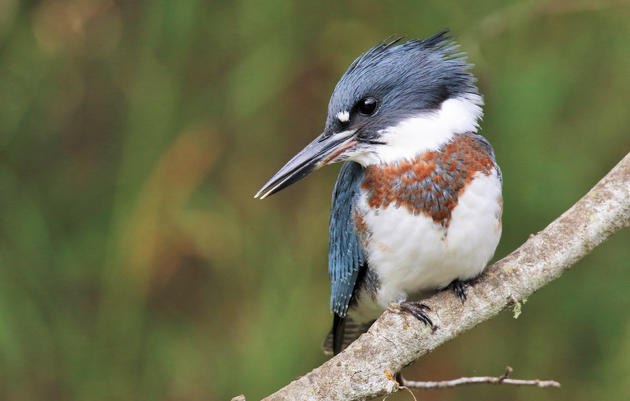 Get to Know the Delaware River Watershed